How Long Does It Take To Be A Long-Term Investor? 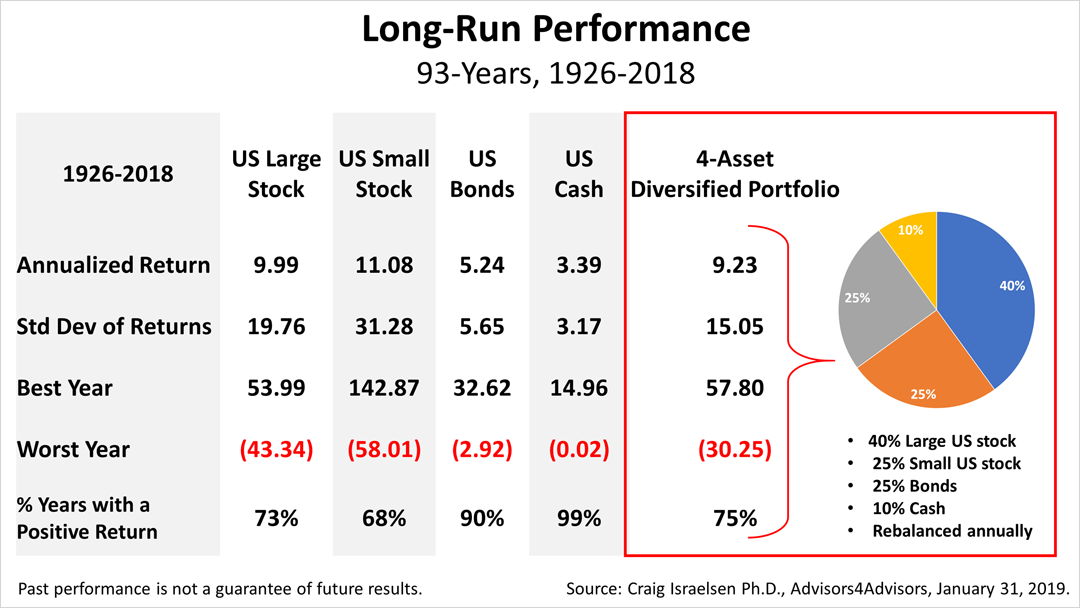 How long does it take to become a long-term investor? Past performance is not a guarantee of your future results but ignoring history is unwise.


According to Craig Israelsen, Ph.D., an academic whose research we license, over the last 93 years, the four major asset classes — stocks in large and small companies, 10-year U.S. Treasury bonds, and 90-day Treasury bills — through the end of 2018 offered returns and risk levels as shown.

The period encompasses all of modern Wall Street history, some of the best statistics for understanding investing. Owning stock in large U.S. companies averaged a 9.99% return nominally, which is economic-speak for saying "before adjusting for inflation." 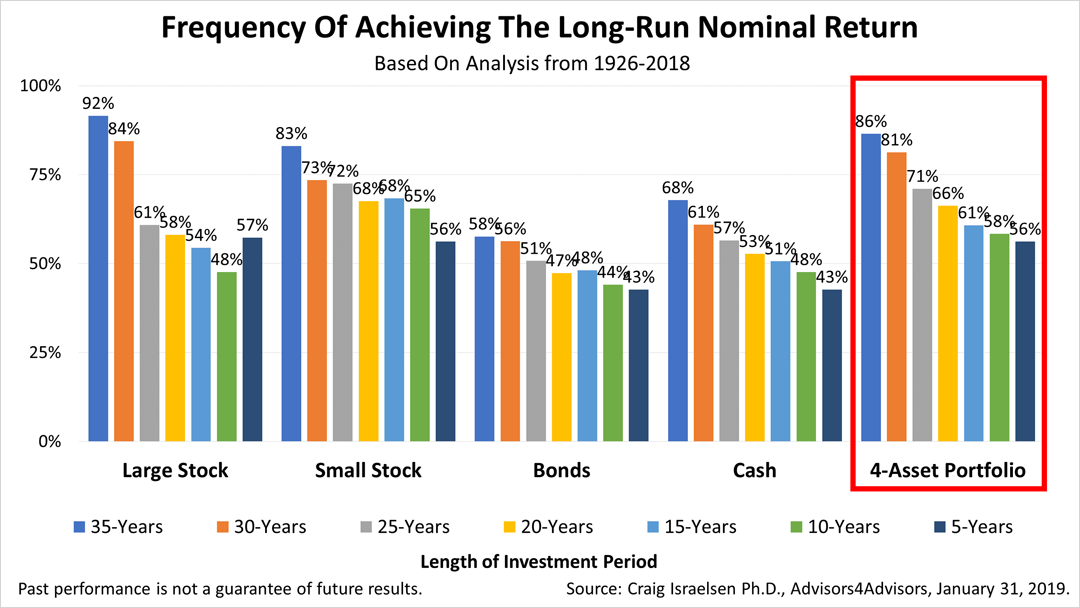 
The four groups of bars on the left show the performance of each individual asset class. A portfolio combining the four assets is on the right.


The longer you hold your investments — the longer your horizon, your holding period — the more likely you were to achieve a long-run return.

Keep in mind, holding large-cap stocks 10 years versus 35 resulted in a lower-than 35-year holding period 57% versus 92%, but the difference in returns was not so far off. 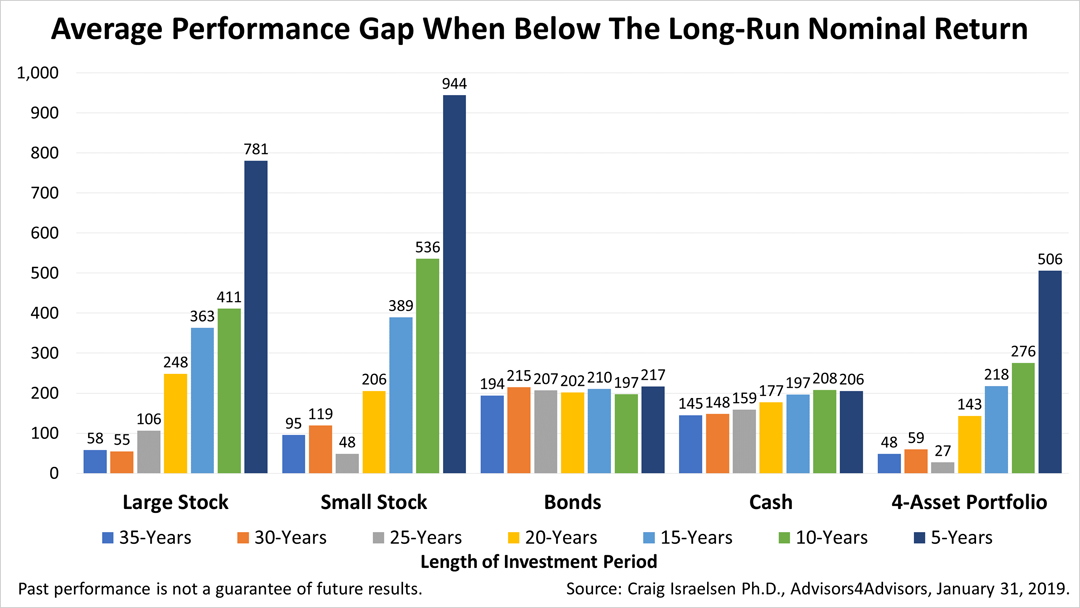 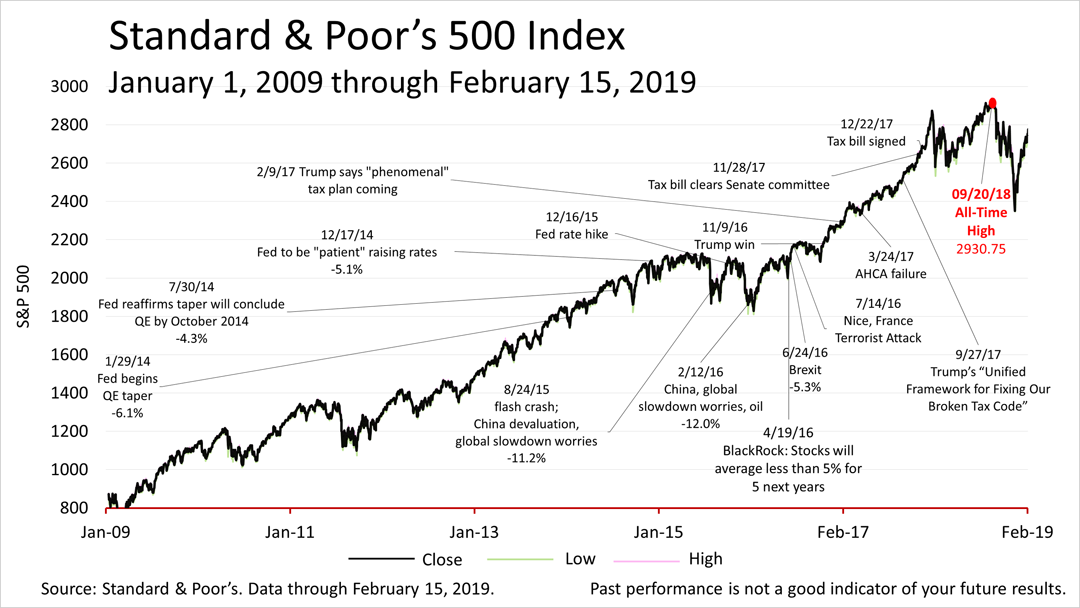 This article was written by a veteran financial journalist based on data compiled and analyzed by Craig Israelsen, Ph.D. While these are sources we believe to be reliable, the information is not intended to be used as financial or tax advice without consulting a professional about your personal situation. Indices are unmanaged and not available for direct investment. Investments with higher return potential carry greater risk for loss. Past performance is not an indicator of your future results.