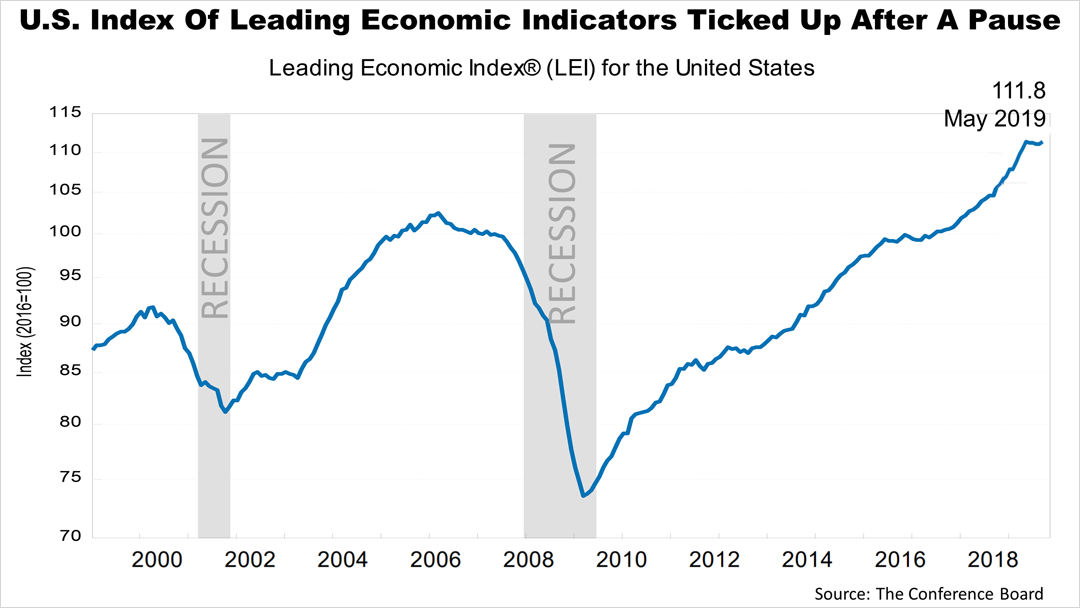 With the start of the second half of 2019, this expansion officially sets a new record as the longest growth cycle in modern U.S. history. However, growth has moderated lately. The U.S. Leading Economic Index (LEI) in May was unchanged from April. It's a dramatic pause after 10 years of strong growth.

"While the economic expansion is now entering its eleventh year, the longest in US history, the LEI clearly points to a moderation in growth towards 2% by year end," according to the economic team at The Conference Board, a big-business sponsored group that is responsible for tracking the monthly U.S. LEI.

From The Great Recession of 2008, which was the worst period of negative growth since The Great Depression, the current growth cycle began in April 2009, and GDP grew only modestly until 2015. Then, real wage gains began accelerating, propelling stronger than expected growth for over four years. Though U.S. growth recently leveled off, it's been a spectacular expansion, by modern historical standards.

The Federal Reserve was nimble in reversing its interest rate policy in recent weeks, as fear of trade wars and, now, a real war with Iran, heightened uncertainty, and the expansion is poised to extend into 2020. However, the Fed has not always been accurate in the past in forecasting the economy. Far from it!


The Fed caused every recession since 1954 by misreading the economy, tightening credit too much and choking growth. They came close to doing it again earlier this year, but their quick about-face in May has enabled the long expansion to continue for now.


Fritz Meyer, an independent economist whose research we license, says the Fed's fear of inflation is overblown. Since this expansion began, the Fed's forecast for inflation has been wrong, he says. The Fed's policy reversal in recent weeks, articulated in its public pronouncements in May and June, indicates that the Fed could be rethinking its inflation model.

Watch for the Fed to show less fear of inflation in the months ahead. A tectonic shift in the way the Fed views inflation could fuel continued growth. Or the Fed could make a mistake.


The big picture significance of this chart is that the LEI has historically rolled over very definitively months before recessions in the past. Hence, the pause in the LEI is pregnant with drama. 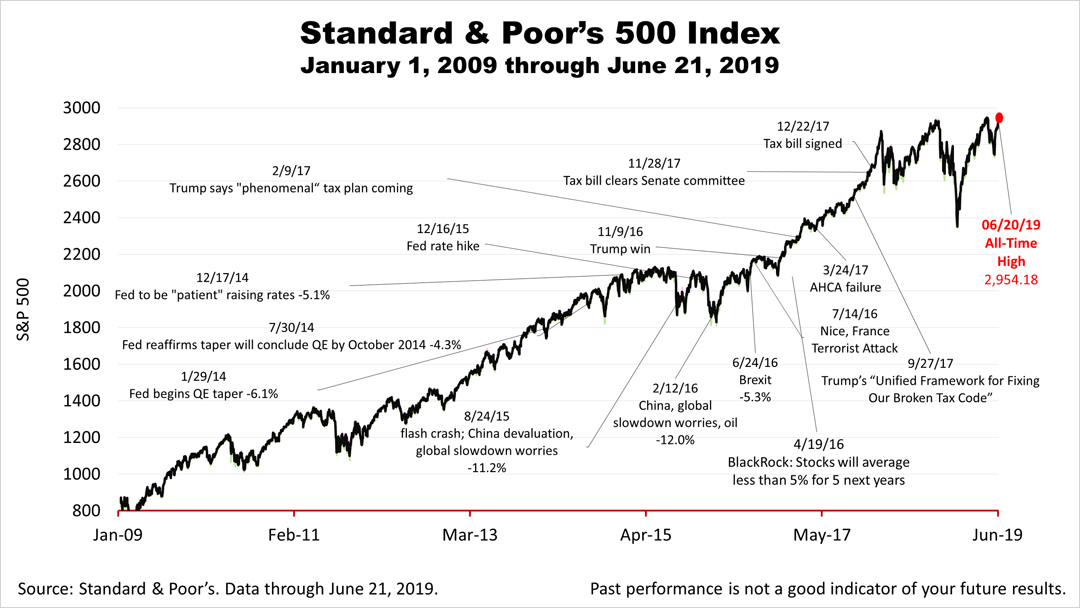